Play as a witch, fly a broomstick and use your pot to craft items.
Hunt mystical creatures with your wand, sate your hunger and defend against orgres.

This was a fun game! I had some trouble looking through the tutorial and with the controls in general. The mouse sensitivity was far far too low. that being said this was a very visually impressive game. The trees and grass looked very pretty, as well as the sweeping clouds floating above. The characters were nicely designed and the game did feature music.

Overall, a very cool little game. I would love to see how it further develops!

Hey y’all! I played the game for my YouTube channel and I loved it! I didn’t get to play a lot of it which sucks but the vibe of the game is nice. I also enjoyed the design. I am a sucker for cute/Minecraft style games.

Wow thanks for doing a video! Glad you loved it 🙂

this game is not a game but minecraft

MC is my fav game! I try to mimic some of it in other games. This one I tried my best to get the same feel as it overall, still some missing features of course. 😉

I'm very much impressed at what you guys were able to accomplish in such a short time. This game I genuinely had fun exploring. When I first crafted that broom my eyes sparkled. I was overwhelmed by the huge open world that stood before me waiting for me to explore it. Much like ours your composer did a splendid job the music brings this game to a whole new level that you don't expect from a jam game. I give my applause to all five of you for making an awesome game like this in ten days. I would love to see this game developed in the future.

Glad you had fun in our game!

I'm eager to give this game a try, but the game window doesn't appear to be sensitive to my mouse wheel (I'm using Firefox).  Would it be possible to add other keys to change the hot bar selection, e.g. Tab / Shift-Tab to cycle and/or numbers to jump to a specific slot?

Edit: I managed to get the mouse wheel to work somehow, but I think redundant keyboard controls would still be a good idea.

The game's off to a good start, but I feel like flying on the broom could be improved: (1) flight speed seems a bit slow; (2) I observe you can't strafe (use A or D) while flying; and (3) why not just fly up and down according to whether the camera is aimed up or down (i.e. the same as is done for turning left and right)?

There are other control enhancements that might make sense, too.  I often find myself trying to use E to close the dresser/loot screens, but this in fact reveals a bug!  Pressing E again while looting re-rolls the loot, such that you can get as much of whatever you want from just one kill.  Another important bug is that you can exchange anything in your inventory with slots in the loot screen—including your wand—which is immediately lost upon closing it.

Thanks for the feedback, I'm glad you figured out the dupe bug with E. We appreciate it. I actually like your idea for controling the broomstick rotation with the mouse. There is a .exe you can download, because I know a couple people where having same problem with mouse input on WebGL.  🙂

Thanks for trying out our game 😁

Nice game, love the concept and the sound design! 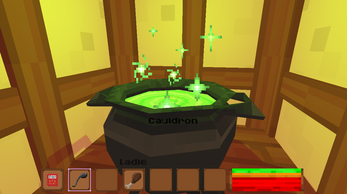 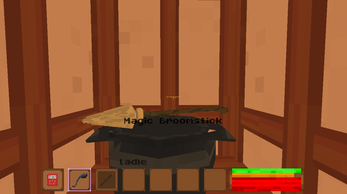 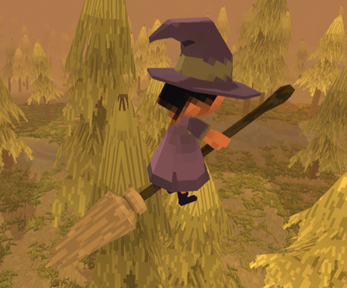 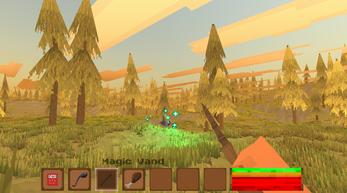 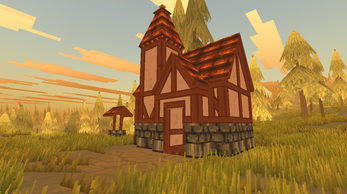