Cabin is a short horror story,  take part in the first person perspective.

Game-play length is only 3 to 5 mins

A Exe is available to download for full-screen play with 3 graphic options Low, Medium and High

Cabin is the first story to start off our new series "Horror Mins Interactive", a collection of short story games

Join our discord server to give us feedback, ideas or just to chat! 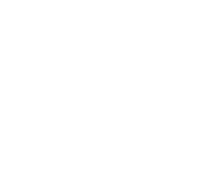 THe monster was Scardy 0_o

That monster was freaky as hell

Such a spooky scary game, I had fun though!

This is an awesome game, That first part with the monster dashing through the woods scared me lol

We drive a car. We crash. Luckily, we find a warm cabin in the woods. End of story! Of course, not. That's where all the trouble starts. And it gets worse. Much, much worse. Don't believe me? Play it for yourselves.

I didn't run into any bugs, hiccups or snags. Kudos to all involved.

Since I deleted the original video I made on this game I decided to pay it a revisit. Tbh It still holds up in 2022.

I really liked the theme you set. I like the idea of having short stories told through a first person perspective like this. Good job.

This game gave me the chills!! like WOW!! This is great! I love the voice acting to, it adds way more to the game rather than plane old text onscreen. I swear when the door banging started , I legit did NOT want to open the door!

Graphics, Sounds, Music, Story and voice acting were all top notch. If you haven't played this it is well worth a playthrough. Only downside was Auto Camera take over was a bit much. Other than that tho a well deserved 5/5.  Nice work.

hope there were more little playable experiences like this out there!

Welp. that was scary but really well made! Gave me the creeps!

Great story concept! The controls were kinda wonky at the end, but otherwise great job!

This game gave me the chills!! like WOW!! This is great! I love the voice acting to, it adds way more to the game rather than plane old text onscreen. I swear when the door banging started , I legit did NOT want to open the door!

Reply
It's Tony151 days ago

Great game :) I liked the horror story and the pacing, especially the graphics. I have no idea if you're still accepting feedback but I'd say let the player explore more, don't have so many automatic scenes and explanation. A little more mystery and freedom would make it much creepier (i.e. let the player find the blood trail and follow it). Regardless, I enjoyed the experience. Thanks for creating!

Very cool game it so needs to be longer! So much potential ! Its the first game and starts at 00:21

Reply
Daddelkutter280 days ago
Nice and short horror experience. It has potential for a full game!
Reply
MyLittleSafePlace1 year ago(+2)

Ok, here's an honest review because I actually like this game. It just has some negatives as with anything else.

Atmosphere in the cabin and woods later in the game was very naturally placed and legitimately felt real and foreboding.

Voice acting is weak. My dude sounds like TTS.

Writing is weak. There is a serious lack of creativity in the notes and voice lines. Neither sound like a human wrote/said them. It all is just generic.

Stop the auto guiding. The only time I felt it was necessary is when the main character was stumbling around at the end. It kept me from exploring the world of your game. In a horror game, especially one that's supposed to be minutes long,  environmental story telling is vital to the experience. You've already nailed the atmosphere, now take advantage of it and tell a story with it.

I played in browser so a bit laggy

I love horror games that take place in snowscapes or blizzards.  The cabin was small and cozy, but it didn't mean much in the end when he left and ran into the monster.

Hey, I'm looking for a new horror game to play, but I don't do well with jumpscares- does this have any?

OMG that twist the music brought a smile to my face. I was like shit...no way...I loved how you guided us. Kinda hope we see this monster again and maybe some more choices.

I'm glad you enjoyed the music! This was my first horror soundtrack.

It was good although laggy the web version.

Reply
Some Clown1 year ago

This is an awesome game, That first part with the monster dashing through the woods scared me lol

I liked this Cthulhu monster,very cool